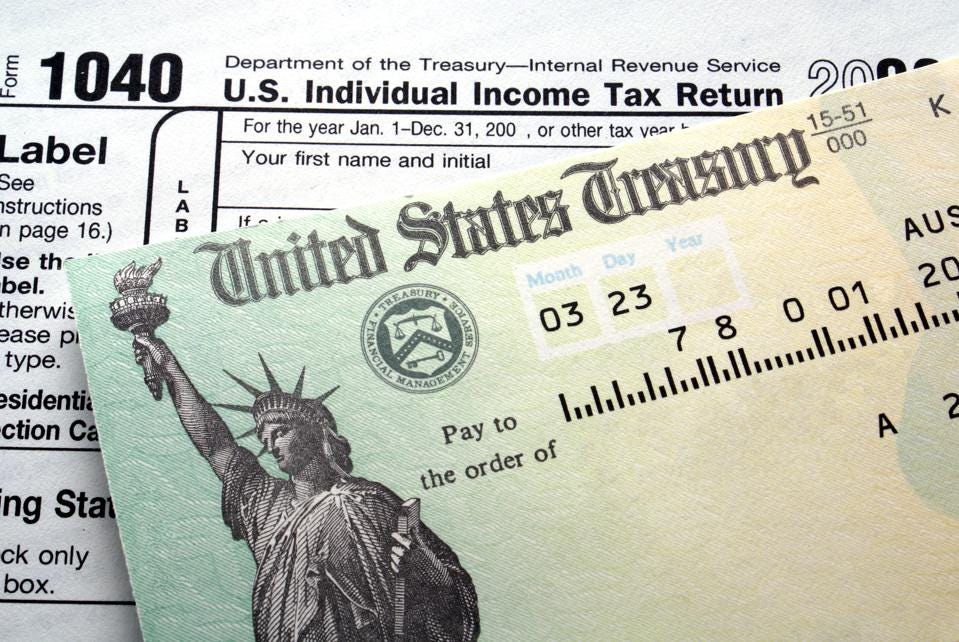 Early in 2021, Congress passed the American Rescue Plan Act which included a provision that increased the child tax credit amount and upped the age limit of eligible children. Under ARPA, the maximum amount for the Child Tax Credit (CTC) was increased from $2,000 to $3,600 for each child 5 years old and under. For children ages 6 - 17, the maximum increased to $3,000. Even though the benefit of a tax credit traditionally isn’t available until after the tax return for the year has been filed, for 2021 the new tax law included a provision to get the credit benefit into the hands of taxpayers as quickly as possible and charged the Secretary of the Treasury with establishing an advance payment plan. In July 2021, eligible families that did not opt-out began receiving advanced CTC payments up to $300 per month for each child age 5 and under and up to $250 for each child between the age of 6 and 17. Eligibility was determined by using the information on the 2020 return. If the 2020 return had not been filed or processed yet by the IRS, the 2019 information was to be used.

However, since the IRS only estimated the amount of the advance payments, some taxpayers may have received too much and others not enough. Thus, the payments received must be reconciled on the 2021 tax return with the amount that each taxpayer is actually entitled to. Those who received too much may be required to repay some portion of the advance credit while some may be entitled to an additional amount.

To provide taxpayers with the information needed to reconcile the payments, the IRS has begun sending out Letter 6419, an end-of-year statement that outlines the payments received as well as the number of qualifying children used by the IRS to determine the advance payments. For those who filed jointly on their prior-year return, each spouse will receive a Letter 6419 showing the advance amount received.

Do not discard the letter(s) from the IRS as they will be required to properly file 2021 returns.

Having received the advance credit payment, taxpayers will find their refunds will be substantially less than they may have expected, or they might even end up owing money on their tax return unless their AGI is low enough to qualify for the safe harbor repayment protection for lower-income taxpayers, in which case the excess advance repayment is eliminated or reduced.

Example: If a taxpayer received advance child tax credit payments for two children based on the 2020 return, and the taxpayer doesn’t claim both children as dependents in 2021, the taxpayer would need to repay the excess on their return, unless they are protected by the safe harbor provision.

It is also possible that one taxpayer could have received the advance child tax credit payments based on their 2020 return and not have to make repayment under the safe harbor rule, while another taxpayer, who can legitimately claim the child, can get the credit on their 2021 tax return. This is most likely to happen when the parents are divorced. So, there’s the potential for the child tax credit to be received by both parents.

If you no longer have Letter 6419, or have yet received it, follow the directions below to log into your online account to access the Child Tax Credit Update Portal or log directly into the portal using the following instructions. For married couples filing a joint return, the taxpayer and spouse will both need to log in to get the amount apportioned to each taxpayer.

Letter 6475 only applies to the third round of Economic Impact Payments that were issued starting in March 2021 and continued through December 2021. The third round of EIPs, including the “plus-up” payments, were advance payments of the 2021 Recovery Rebate Credit that would be claimed on a 2021 tax return. Plus-up payments were additional payments the IRS sent to people who received a third EIP based on a 2019 tax return or information received from the Social Security Administration, Railroad Retirement Board, or Dept. of Veterans Affairs, or to people who may be eligible for a larger amount based on their 2020 tax return.

Most eligible people already received the payments. However, those who are missing stimulus payments should review the information to determine their eligibility and whether they need to claim a Recovery Rebate Credit for the tax year 2020 or 2021.

If you no longer have Notice 1444-C or have not received Letter 6475, log into your IRS Online Account to get the accurate amount of EIP3 received:

Please contact our office if you have questions regarding the Child Tax Credit or the Recovery Rebate Credit and the advance payments of either that you received. We’ll be happy to help.