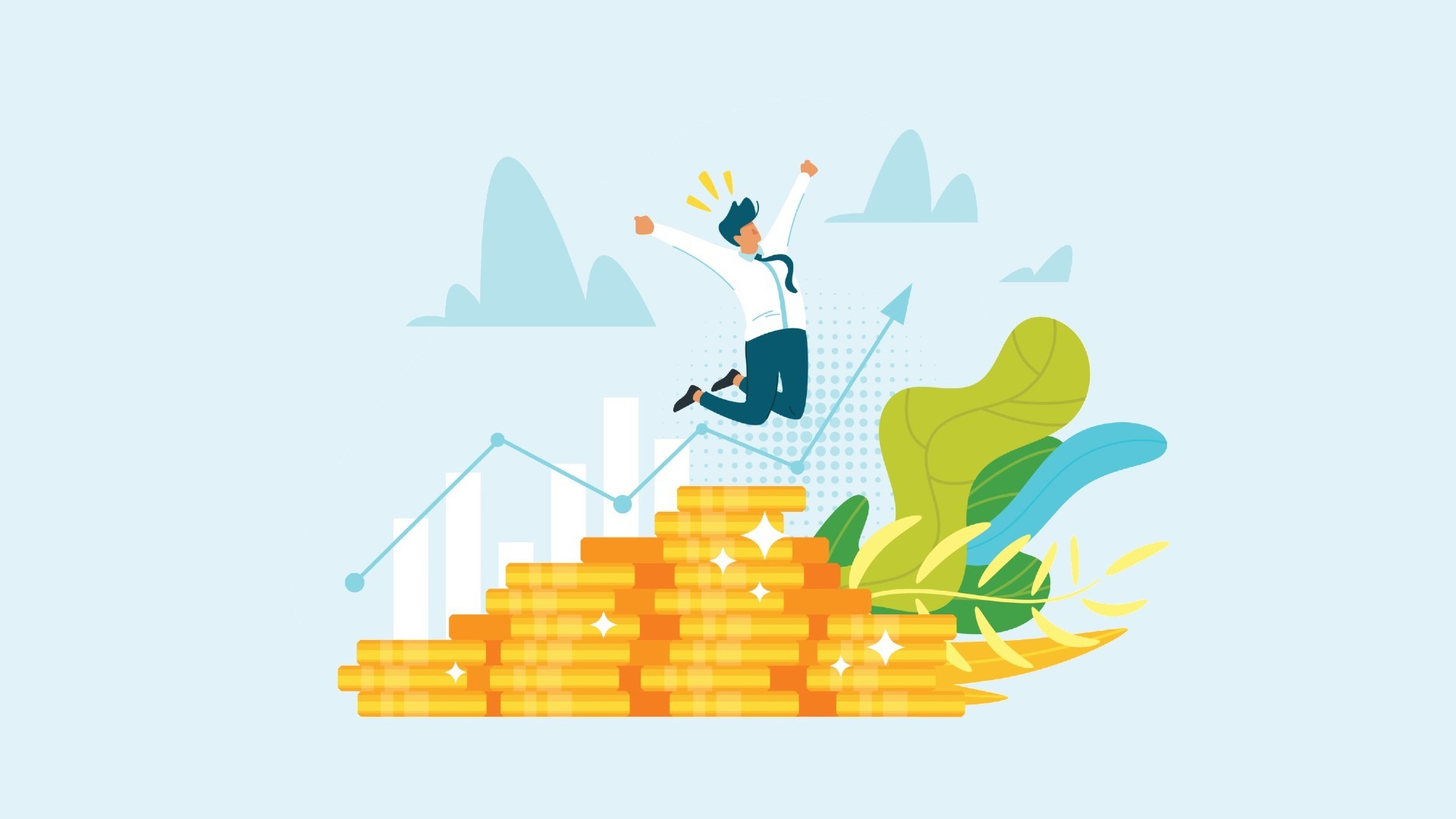 How do you invest your money over the long term? If you’ve read much of our work, you’ve probably noticed we embrace evidence-based investing, but what does that mean?

Or do you accept…

There is an overwhelming body of evidence suggesting investors should skip the first approach and act on the second assumption. This has been the case since at least 1952 when Harry Markowitz published Portfolio Selection in The Journal of Finance. In their book, “In Pursuit of the Perfect Portfolio,” professors Andrew Lo and Stephen Foerster describe:

“While it’s commonplace now to think of creating a diversified portfolio rather than investing in a collection of securities that each on their own look promising, that wasn’t always the case. It was Harry Markowitz who provided a theory and a process to the notion of diversification. He helped to create the industry of portfolio management.”

Markowitz’s work became known as Modern Portfolio Theory (MPT). Academics and practitioners have been building on it ever since. His initial work and others’ subsequent findings strongly support ignoring all the near-term noise and taking a long-view approach. This involves building a unified investment portfolio, and focusing on more manageable details, such as:

How Do You Decide Which Evidence To Heed?

So far, so good. Then again, at first blush, nearly every investment recommendation may seem “evidence-based.” After all, few forecasters would peer into actual crystal balls to make their predictions, and no market guru would admit their stock-picking track record has been no better than a dart-throwing monkey’s (even though that’s usually the case).

Instead, stock-picking and market-timing enthusiasts tend to argue their cases by turning to articulate analyses, smart charts, and convincing corporate briefs. They use these props to explain the late-breaking news and recommend what you should supposedly be doing about it.

There’s nothing wrong with facts and figures. The critical difference is how we apply them as evidence-based investors. As financial author Larry Swedroe describes it:

“In investing, there is a major difference between information and knowledge. Information is a fact, data, or an opinion held by someone. Knowledge, on the other hand, is information that is of value.”

No matter how compelling a call to action may be, we discourage frequent reactions to the never-ending onslaught of information. First, we must determine:

Which information might add substantive value to our decisions by refuting or adding to the existing evidence? Which is just more of the same old noise, already factored into your evidence-based investment strategy?

Because there is a lot more noise than there is valuable knowledge, the basic recipe for evidence-based investing begins and ends with academic rigor. It should always be a key ingredient in separating likely fact from probable fiction:

After that, we also must be able to apply the results in the real world. In other words, even if a theoretical strategy is expected to enhance your returns, it must do so after considering all practical costs and portfolio-wide tradeoffs involved. For example, sometimes one source of expected returns may offset another, even bigger source. Sometimes, we can combine them for even stronger results; other times, it’s best to favor one over the other.

So, which factors appear to best explain different outcomes among different portfolios? In what combinations are these factors expected to create the strongest, risk-adjusted portfolios? What explains each factor’s return-generating powers, and can we expect those powers to persist?

Based on the academic answers to these practical questions, we typically mix and match the following factors in our evidence-based portfolios, varying specific exposures based on each investor’s personal goals and risk tolerances: 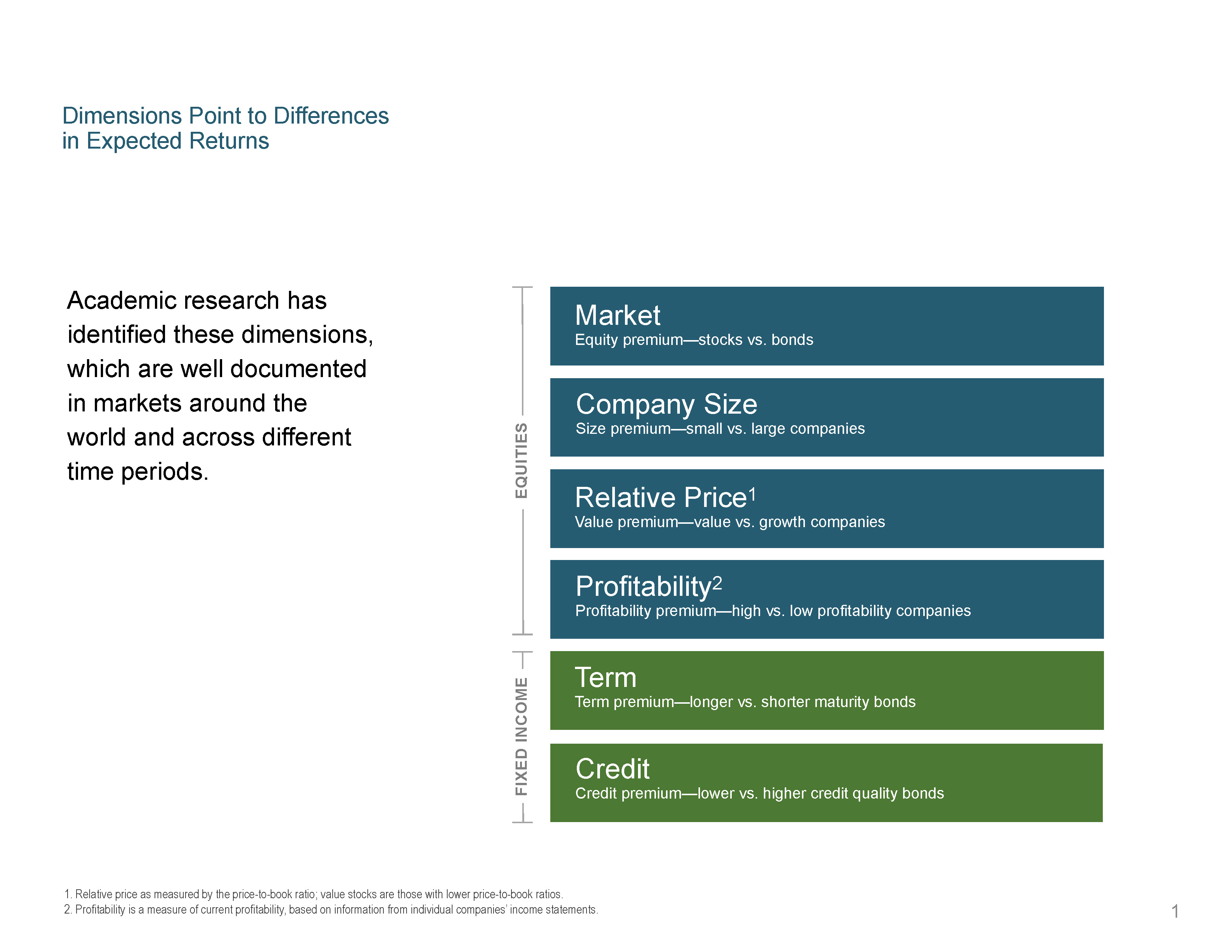 What’s in an Evidence-Based Name?

Last but not least, it’s worth mentioning, others may refer to the same or similar approaches by various names, such as factor-based, asset-based, or science-based investing. These terms are relatively interchangeable, but there’s a reason we’ve chosen evidence-based as our preferred expression. Heeding sound reason and rational evidence is at the root of what we do. Therefore, we believe it should be at the root of what we call it.

What would your best evidence-based investment portfolio look like? It depends on your personal financial goals, as well as your willingness, ability, and need to take on investment risks in pursuit of those goals. That’s where we come in, to structure the right mix for you, and help you navigate through the ever-distracting informational overload. To learn more, let’s talk!