The year 2019 served up many examples of the unpredictability of markets.

Interest rates that US policy makers expected to rise, fell instead. American consumers’ confidence weakened as the year began,1 and news headlines broadcast fears of an economic slowdown. However, investors who moved onto the sidelines may have missed the gains in the US stock market. As of the end of October, the S&P 500 was up more than 20% for the year on a total-return basis. That puts it on course for the best showing since 2013, should that gain hold through December.

The Greek stock market swung from a 37% decline last year to a 37% advance this year.

Outside the US, Greece — the site of an economic crisis so dire some expected the country to abandon the euro earlier this decade, and a country whose equity market lost more than a third of its value last year — has had one of the most robust stock market performances among emerging economies in 2019. On top of that, Greece issued bonds at a negative nominal yield, which means investors paid for the privilege of lending the government cash.

Taken as a whole, it’s a reminder that the prediction game can be a losing one for investors. 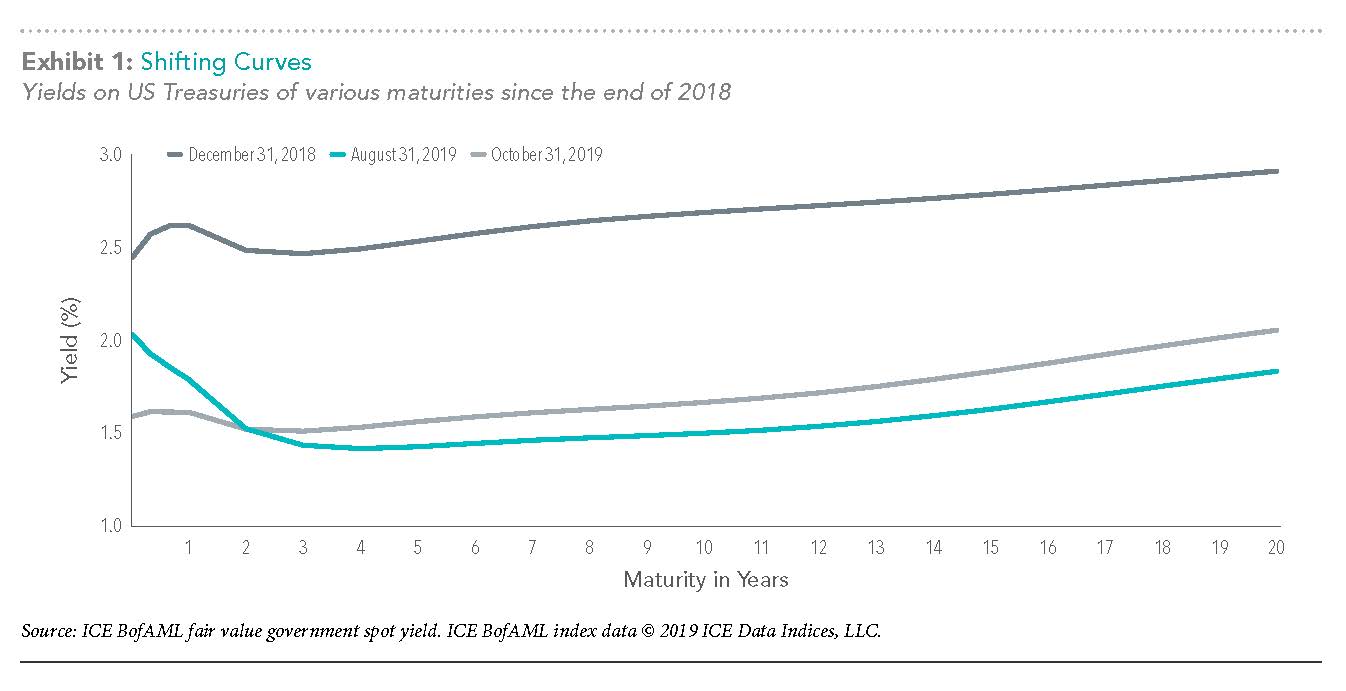 In the market for US Treasuries — where market participants set interest rates — the yield curve that tracks Treasuries inverted for the first time in more than 10 years, as seen in Exhibit 1. Some long-term yields fell below some short-term yields over the summer. What’s more, yields on medium- and long-term bonds were at historically low levels at the start of the year, but they fell even lower by the end of October. Investors who made moves based on the expectation yields would rise in 2019, may have been disappointed in how events ultimately transpired. 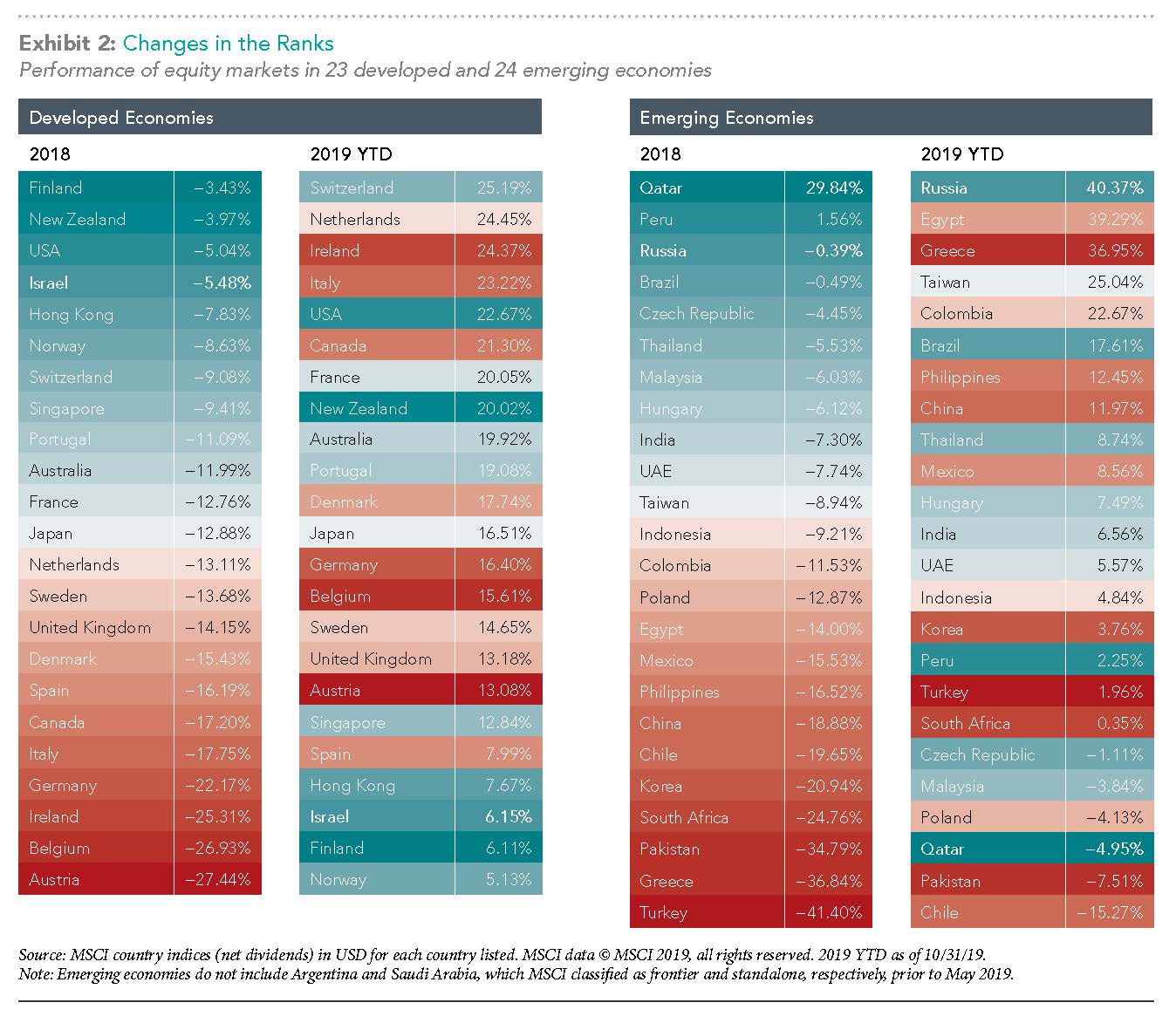 Events weren’t any easier to anticipate in the global equity markets, where no evident link appears between markets that performed well last year and those that have excelled this year, as Exhibit 2 shows.

History has shown there’s no compelling or dependable way to forecast stock and bond movements, and 2019 was a case in point. Neither the mainstream prognostications nor the hindsight of recent strong performance predicted outcomes in 2019. Rather than basing investment decisions on predictions of which way debt or equity markets are headed, a wiser strategy may be to hold a range of investments that focus on systematic and robust drivers of potential returns.

Investors who were broadly diversified across asset classes and around the globe were in a position to potentially enjoy the returns that the markets delivered thus far in 2019. Last year, this year, next year — that approach is a timeless one.

1. Based on readings from the Conference Board Consumer Confidence Survey and the University of Michigan Index of Consumer Sentiment.

2. Markets designated as developed or emerging by MSCI.