One of the Best-Kept College Savings Secret – 529 Plans 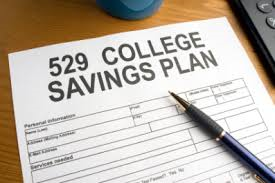 September is College Savings Month, and many states will be striving to educate families and future students on how to save wisely for what may be one of the biggest and most important investments in their lives. An easy and affordable way to plan ahead for the cost of college is to use 529 plans. There are, however, many misconceptions surrounding them.

What’s a 529? They’re tax-advantaged investment accounts offered by the states to create a dedicated vehicle for college savings. They’ve been around since the 1980s, and many offer state-level tax advantages. But 529s didn’t really take off until Congress, in 2001, made the earnings nontaxable. They’ve become much more popular since then, but like every other tax-advantaged savings vehicle, they are most popular with and work better for those with high incomes.

Parents/grandparents are sometimes confused about whether or not they can contribute to a 529 plan outside of the state in which they live. U.S. residents can take advantage of 529 plans available in any state across the country. Though sometimes there are benefits to contributing to your home state plan, an out-of-state choice can be much better from a total cost and ease of use standpoint.

Another misconception for investors is that the assets in a 529 plan will hurt their child’s ability to get financial aid. Although the assets will be considered by FAFSA, they will not have as big an impact as you might think. They are considered the parent’s assets, and thus count for a smaller percentage of what FAFSA considers as assets eligible to pay for college costs.

Another deterrent from using 529 plans is the fear of losing the money saved in the plan if the child does not go to college. If your child does not attend a four-year university, the money can be used for certain eligible trade and technical schools (for degrees such as cosmetology, welding, or other two-year programs). If the child does not attend any undergraduate programs, the funds can be withdrawn from the 529 plan, but the earnings will be subject to federal and state income taxes and a 10% withdrawal penalty. Alternatively, to avoid tax and penalty, the 529 plans can also be transferred to siblings, nieces and nephews, grandchildren, or even used by the parent to go back to school.

A great site for more information and resources on 529 plans can be found at http://www.savingforcollege.com/.

The best plan is to start saving early and research all the options for saving for college, including 529 plans!