What Does The Inflation Reduction Act Mean To You? 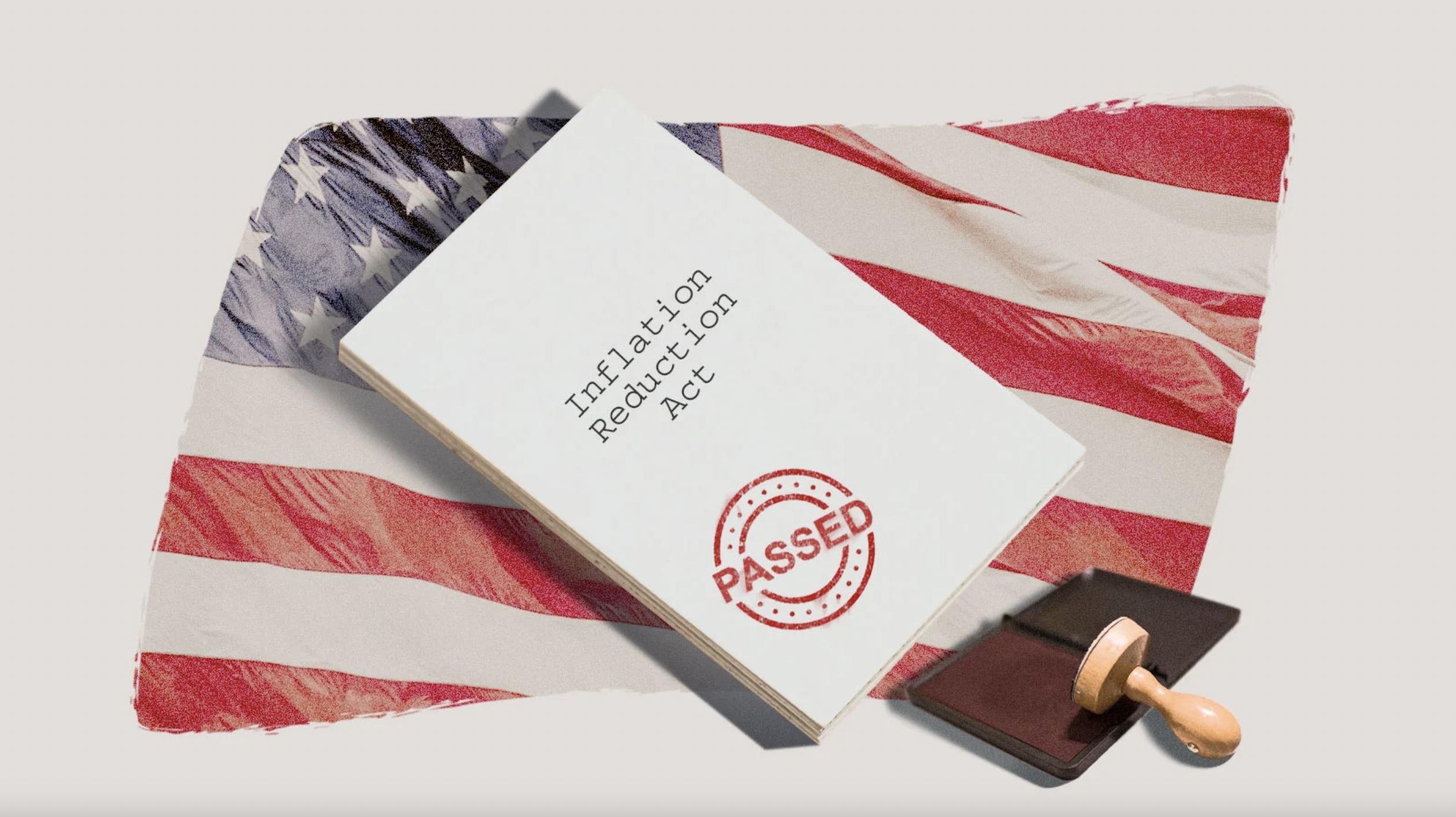 On August 16, 2022, President Biden signed into law the Inflation Reduction Act of 2022 which is a scaled-back version of the prior Biden administration proposals originally included in the Build Back Better Act. The legislation includes a variety of provisions, including substantial green energy incentives, reduction of Affordable Care Act insurance premiums, IRS funding, corporate minimum tax, and more. This article will explore how these provisions will impact individual taxpayers.

Increased Internal Revenue Service (IRS) Funding – The IRS has been underfunded for years resulting in inadequate customer service causing extensive waits to speak with an agent to solve issues with the IRS, and substantially reduced enforcement activities.

Although some of the $79.6 billion supplemental appropriations will go towards improving customer service, the bulk of the appropriation will go towards increased enforcement, according to the Congressional Research Service. However, Treasury Secretary Janet Yellen has indicated the additional funds will not be used to increase audits of people making less than $400,000 above historic levels.

Affordable Care Act Insurance Premiums – The previously enacted American Rescue Plan temporally included enhanced subsidies for people buying their own health coverage on the Affordable Care Act Marketplaces for the years 2021 and 2022. The Inflation Reduction Act has extended those subsidies for three years, through 2025. These enhanced subsidies increase the amount of financial help for low and middle-income individuals, many of whom were previously priced out of health insurance coverage.

Corporate Minimum Tax – As a fundraiser to help pay for the other provisions, the legislation includes a new corporate minimum tax of 15% that would be imposed on corporations with an average book income of over $1 billion. This provision is projected to raise $258 billion over 10 years.

Excise Tax on Corporate Stock Buybacks – Stock Buybacks are when a company purchases its own shares, resulting in fewer outstanding shares. This tends to benefit corporate executives rather than raising worker wages, research and development, and other productivity-boosting investments. The legislation imposes a 1% tax on stock buybacks. This provision is projected to raise $74 billion over 10 years.

Home Solar Energy Credit Extended and Increased – Before the passage of the Inflation Reduction Act, a resident of a home was entitled to a non-refundable tax credit for the use of solar electric panels, solar hot water, fuel cells, small wind energy, geothermal heat pumps, and biomass fuel property they had installed for the residence. However, that credit was in the process of being phased out by slowly reducing the credit percentage from 30% to 22%, and the credit was scheduled to end after 2023. With this law change, the credit retroactively returns to 30% for the years 2022 through 2032 when it again begins to phase out and ends after 2034. This means those who qualify for the credit in 2022 benefit from a 30% credit rather than the expected 26% under prior law.

Credit For Energy Efficient Home Modifications – This provision provides a non-refundable tax credit for certain energy-saving improvements to a taxpayer’s home. The credit previously expired at the end of 2021, but under the Inflation Reduction Act has been extended and modified through 2032.

Under the new law, the one making the improvements and claiming the credit need only be a resident of the home and not necessarily the owner.

Clean Vehicle Credit – After 2022 and through 2032, this credit replaces the current plug-in electric vehicle credit and makes significant changes.

Transition Rule: A taxpayer who, after December 31, 2021, and before August 16, 2022, purchased, or entered a written binding contract to purchase, a new electric vehicle and placed that vehicle in service on or after the date of enactment, may elect to treat the vehicle as being placed in service before the date of enactment of the Act. This transition rule allows a taxpayer to apply the prior law to the vehicle. This allows a taxpayer to avoid the modified AGI (income), vehicle price, and other restrictions under the new law.

Credit Amount – Is based upon two amounts (certified by the qualified manufacturer):

Applicable Percentage – The applicable percentages for each year are included in the following table:

Not all Vehicles Will Continue to Qualify – Because of the critical mineral, battery, and final assembly requirements, only some of the currently available vehicles will continue to qualify for the new credit.

Manufacturer Limitation - The 200,000-unit manufacturer limit is eliminated for vehicles sold after December 31, 2022.

Manufacturer's Suggested Retail Price Limitation - No credit is allowed for a vehicle with a manufacturer's suggested retail price of more than the following:

MAGI limit - No credit is allowed for any tax year if the lesser of the modified adjusted gross income (MAGI) of the taxpayer for the:

Exceeds the threshold amount as indicated in the table below.

Transfer of Credit to The Dealer - A taxpayer on or before the purchase date, can elect to transfer the clean vehicle credit to the dealer who the taxpayer is purchasing the vehicle in return for a reduction in purchase price equal to the credit amount.

Making the election cannot limit the use or value of any other dealer or manufacturer incentive to buy the vehicle, nor can the availability or use of the incentive limit the ability of the taxpayer to make the election.

A buyer who has elected to transfer the credit for a new clean vehicle to the dealer and has received a payment from the dealer in return but whose MAGI exceeds the applicable limit is required to recapture the amount of the payment on their tax return for the year the vehicle was placed in service.

Credit For Previously Owned Clean Vehicles - A qualified buyer who acquires and places in service a previously owned clean vehicle after 2022 and before 2032 is allowed an income tax credit equal to the lesser of:

MAGI limit - No credit is allowed for any tax year if the lesser of the modified adjusted gross income (MAGI) of the taxpayer for the:

Exceeds the threshold amount as indicated in the table below.

MAGI has the same meaning as for the clean vehicle credit.

Qualified Sale - A qualified sale is a sale of a motor vehicle:

Qualified Buyer - A qualified buyer is an individual who:

* Even if they have sufficient income to be required to file. Makes no difference if the parent chooses not to claim the child since the dependency deduction is still "allowable" to the parent.

Transfer of Credit – Follows rules like Clean Vehicle credit transfer rules for vehicles acquired after 2023. Purchasers of previously owned clean vehicles can elect up to the time of sale to transfer the credit to the selling dealer in exchange for cash, partial payment, or a down payment on the vehicle in an amount equal to the credit otherwise allowable to the buyer.

Credit For Qualified Commercial Clean Vehicles - The Inflation Reduction Act of 2022 adds a general business credit for qualified vehicles acquired and placed in service after December 31, 2022, and before 2033.

Credit Amount - The per vehicle credit is the lesser of:

Maximum Credit - The maximum credit per vehicle is:

Research Credit - The legislation increases the limitation on the ability of small businesses to claim the research credit against payroll taxes from $250,000 to $500,000.

This information related to the Inflation Reduction Act is preliminary and, in some cases, will require further IRS guidance and regulations. Watch for additional detail in future articles. If you have questions regarding any of these issues, please give our office a call.